ARENA and professor Chris Lord have won through with the PhD network PLATO in Horizon 2020. Lord will coordinate nine leading research universities and eleven private partners. 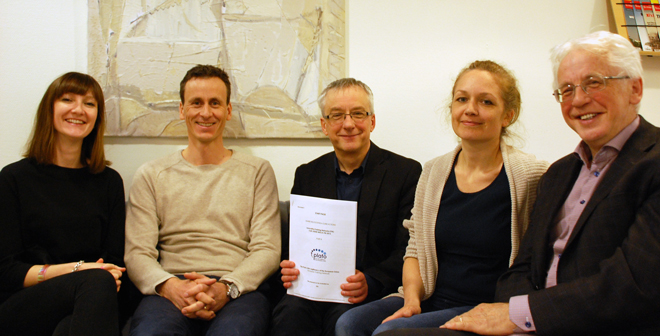 PLATO is a so-called ITN – Innovative Training Network – under the EU’s Marie Sklodowska-Curie programme. Key to this is international and cross-sectoral mobility for young researchers.

Dynamics between academic and private sector

Chris Lord is to coordinate a PhD network with 20 partners. Together they constitute an extraordinary partnership, he says.

– We have assembled nine leading European research universities and eleven private partners and civil society organisations, including some of the most active think tanks on European integration. I recently participated at a fabulous event organised by one of them. Our partner Centre for European Policy Studies (CEPS) gathered close to 1,000 people representing governments, businesses, NGOs and European institutions at their Ideas Lab in Brussels. PLATO will bring about an exciting dynamic putting together leading research institutions with the most exciting and buzzing private organisations in the field, Lord explains with great enthusiasm.

Fifteen PhDs will be recruited to follow an intense and academically challenging training programme, including research stays and internships. The young researchers must be extraordinarily competent individuals, but also team players, Lord underlines.

PLATO is very ambitious also in terms of scientific achievements. The network is to investigate what constitutes a legitimacy crisis in a non-state system, the EU.

– PLATO is not going to be tempted by simple answers, Lord says. If there is a crisis in the EU’s legitimacy, it is part of a bigger crisis of politics, economics and law combined. On top of this, we need to deal with intersecting state and non-state systems, the professor explains. He is very happy to have succeeded under highly competitive conditions.

– This is the result of a major effort, research advisor Geir Kværk adds. Several of us at ARENA have worked systematically through repeated rounds to improve the proposal – which in the end received a 98 per cent score in the evaluation.

– The competition for EU funding is extremely tough. This is particularly so in the so-called bottom-up calls, where you can improve and resubmit a proposal in consecutive rounds. For each call, the competition thus gets harder. An ITN proposal needs a close to perfect evaluation in order to be granted, Kværk explains. He is also very happy that the efforts payed off in the end.

– We have established a great team with lots of competence and experience. Setting up such a PhD school will be a new and exciting endeavour for ARENA.

PLATO is the third network of its kind to be coordinated by the University of Oslo, after NanoHeal and MARmaED were established at the Faculty of Mathematics and Natural Sciences in 2015.