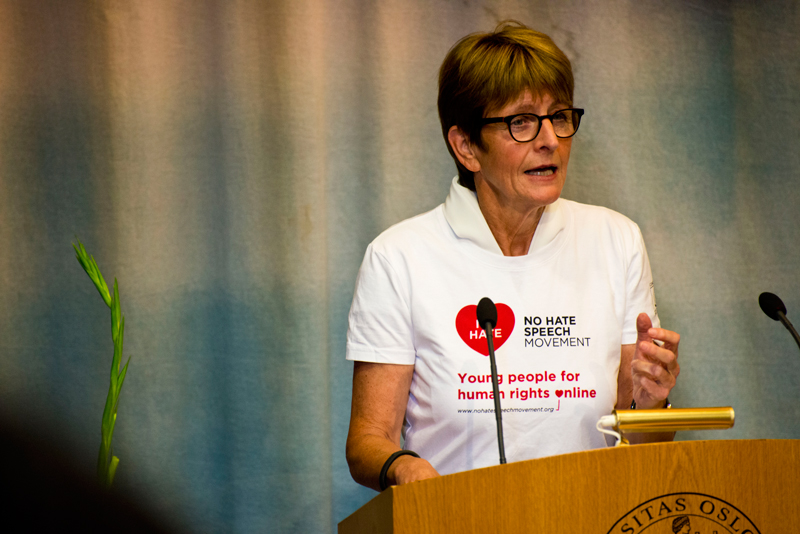 Anne Brasseur’s lecture at Blindern campus on 10 September 2014 was devoted to the current challenges for democracy and human rights in Europe.

The rise of extremist parties

Brasseur pointed to the tremendous migration flows due to conflicts across the world as one such challenge. ‘If we are not able to find collective solutions, we will only feed more arguments to extremist and right-wing parties’, she warned.

Brasseur encouraged all political democratic forces to stand together to combat hate speech, intolerance and xenophobia. ‘This is the biggest threat to democracy today’. 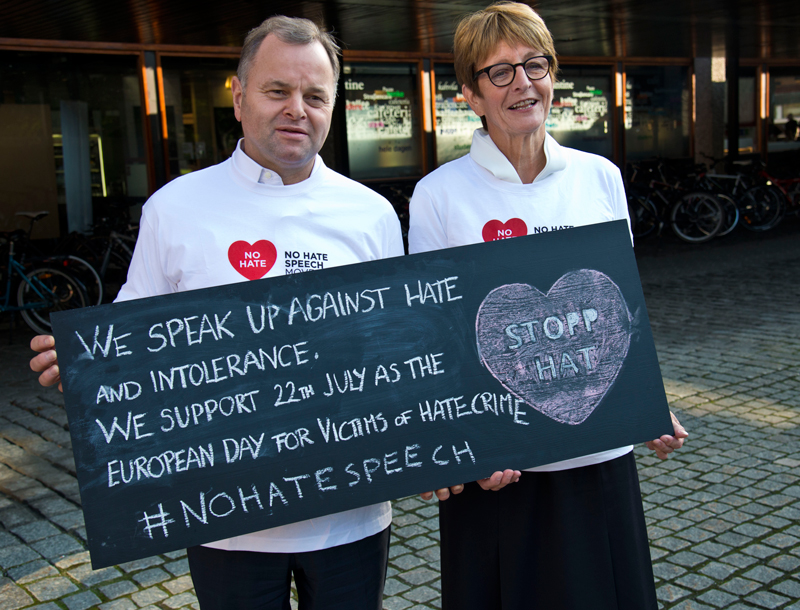 Brasseur arrived on campus with the President of the Norwegian Parliament, Olemic Thommessen. Ahead of the lecture, they declared their support to the No Hate Speech campaign (Photo: Tron Trondal/UiO)

Wearing a t-shirt from the ‘No Hate Speech’ campaign, Brasseur had on her way to the lecture signalled her support to this campaign and to make 22 July a remembrance day for victims of hate crime.

She encouraged all parliaments to support the campaign.

'We owe the younger generations to stand up for our values. If not, we could loose our freedom'.

She called upon the audience to never take freedom for granted. And in order to preserve the freedoms that our ancestors fought for, she underlined the need for strong democracies.

Brasseur mentioned the situation in Ukraine and the difficult dialogue with Russia among other current challenges.

Ukraine does not have an independent judiciary, there is no separation of powers and the country struggles with a high degree of corruption. ‘A state with weak institutions is a weak state, and a weak state is not able to give a response to a crisis’, she emphasized.

She continued by stressing that Russia’s annexation of Crimea violates international law and territorial integrity. As a signal that this act was unacceptable, PACE decided to suspend the voting rights of the Russian delegation, Brasseur explained. The current dialogue with the Russian Duma, which responded by withdrawing its delegation, is very difficult. Brasseur stressed the importance of keeping the channels of dialogue open. In her view, violence can by no means be the answer to the problem.

‘But when Russia claims not to be part of the problem in Ukraine, it is difficult to see how the country can be part of the solution’, she underlined.

Brasseur touched upon a number of other current challenges related to human rights and democracy, including the situation in Azerbaijan and Bosnia and Herzegovina, and frozen conflicts such as in Cyprus.

The audience took well use of the opportunity to discuss with the head of an assembly which represents 820 million people. Among the questions raised was the developments and threats to democracy in Hungary, towards which Brasseur expressed deep concerns.

She was also asked about the role of parliaments and parliamentarians on the international arena, the formal status of the EU within the Council of Europe and the EU's lengthy process of ratifying of the European Charter of Human Rights, as well as the competing and/or complementary roles of the EU and the CoE in promoting human rights and democracy in Europe.

To Brasseur, PACE provides a unique opportunity as an interparliamentary platform to meet and discuss across different cultures, while ensuring mutual learning and respect.

A podcast from the event is available here 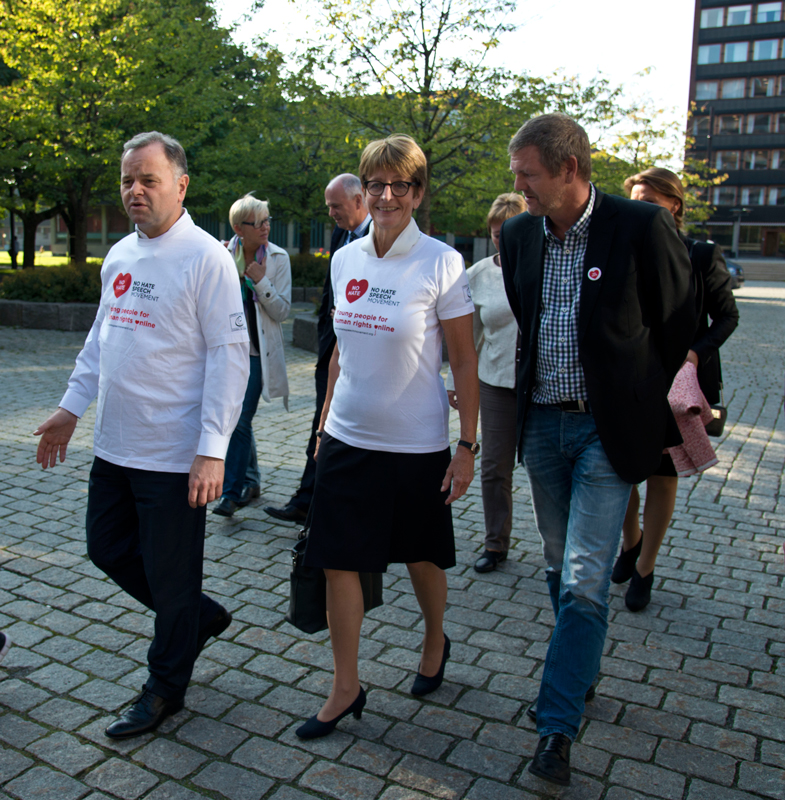 Anne Brasseur is President of the Parliamentary Assembly of the Council of Europe (PACE).

The Council of Europe (CoE) is Europe's leading human rights organisation. It includes 47 member states, 28 of which are EU members. All CoE member states have signed the European Convention on Human Rights with the aim to protect human rights, democracy and the rule of law.

PACE is composed of 318 parliamentarians appointed by the 47 member states' national parliaments.