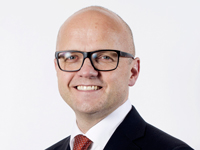 2014, the year of the Norwegian Constitution's bicentennial celebration, is also the year of the 20th anniversary of the European Economic Area (EEA) Agreement. Research from ARENA's constitution project NORCONE indicates that Norwegian democracy is undermined by the country's peculiar relationship with the EU through the EEA Agreement and a number of other agreements.

Norwegian Minister for European Affairs, Vidar Helgesen, will hold the lecture at the Faculty of Social Sciences, Blindern campus.

The lecture will be in Norwegian and is open to everyone. More information here (in Norwegian).