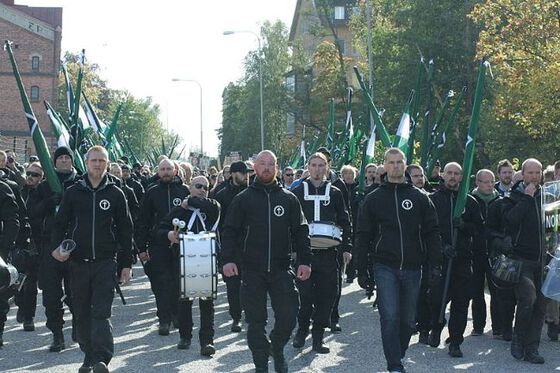 As a researcher, I have followed various extreme right groups and movements in Norway and Scandinavia during the last 30 years. There have been some significant changes during this time – changes that have an impact on how our society should relate to such milieus, and what kinds of preventive measures might be relevant and effective. European Integration and the Administrative State

Nadja Kühn and Jarle Trondal present a single case study that shows the profound and rising role of public administration in the multilevel governing system of the European Union (EU) in the Journal of European Public Policy. Fighting words that are not fought

Sindre Bangstad is discussing the question if  the freedom of speech become freedom to hate?  He takes part in a discussionforum  well-known as the  The Immanent Frame. The forum was founded in October of 2007 in conjunction with the Social Science Research Council’s program on Religion and the Public Sphere

This paper discusses whether and to what extent the Norwegian Supreme Court remains the ultimate body of judicial power in a context of international law regimes. The paper is in Norwegian.

This paper gives a critical account of the Norwegian appraoch to European integration five years in the wake of the EU referendum.

In this paper, Erik O. Eriksen claims that the EEA Agreement to a large extent has made Norway a de facto EU member. Norway's democratic deficit will increase as the cooperation within the EU expands and the institutions are reformed.

In this essay Fossum is discussing the politically divising issue in Norwegian politics- membership in the European Union. Through the EEA agreement Norway has become tightly incorporated in the EU, and this incorporation poses challenges to the Norwegian democracy. Fossum is treating this issue thorugh Holmes' notion of 'gag rules'.

At the eve of the EU enlargement to central and eastern Europe, this article discusses the implications of enlargement to the European Economic Area. Focusing on the negotiations deciding the financial burden for ancient EEA states, the author attempts to explain the outcome by various factors - including the state of public opinion.

Les mer ...
Balancing Effectiveness and Legitimacy in European Integration: The Norwegian and the Swiss Case

This paper couples the concept of Europeanization with institutional theory, applying it on the two non-member states Switzerland and Norway. It is revealed that domestic institutional logics rather than formal membership is conducive to processes of adaptation.

A History of Immigration